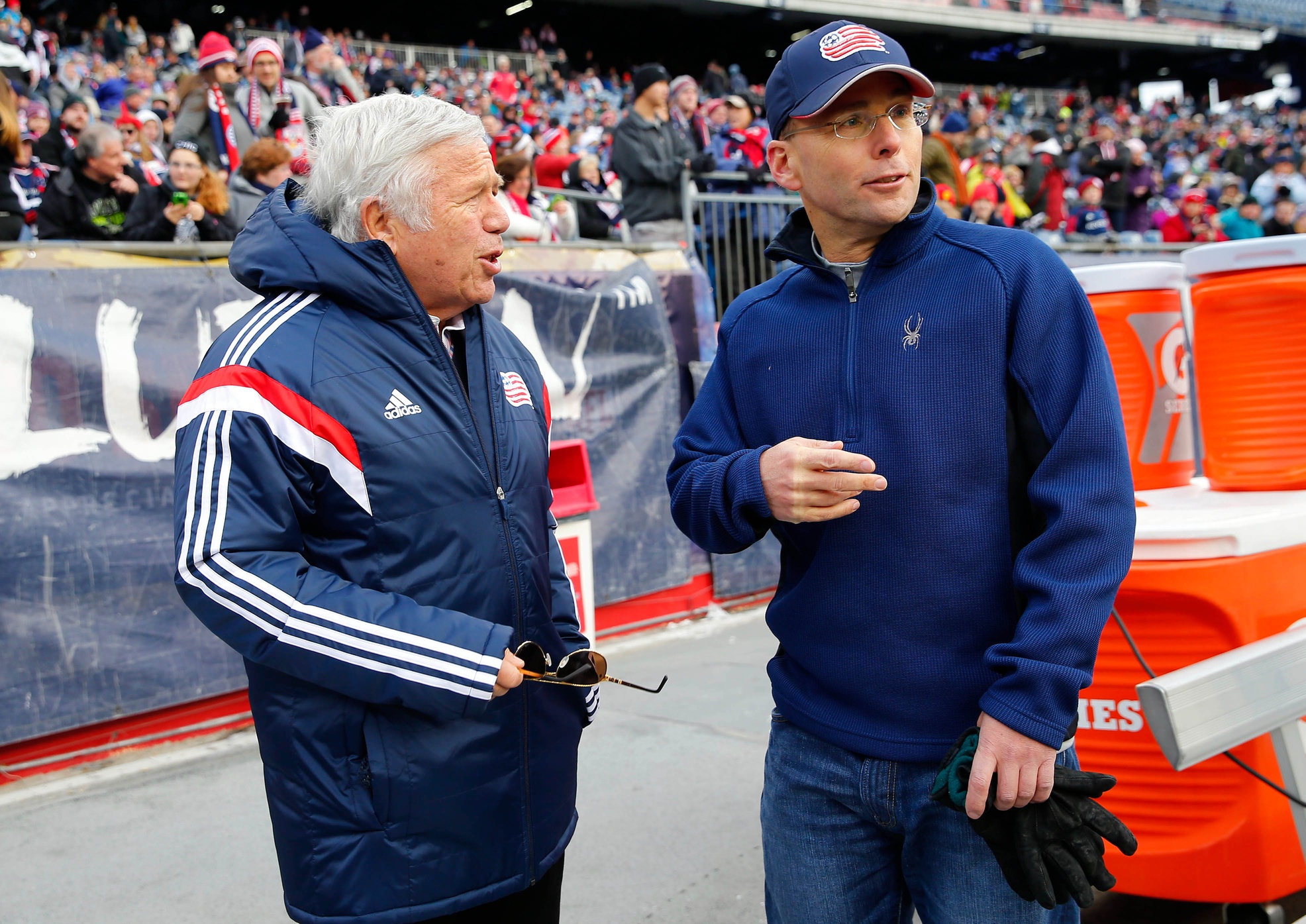 Robert Kraft, Bill Belichick, Tom Brady and the New England Patriots are in the news for reasons other than their upcoming Super Bowl run, thanks to reports of unrest within the organization. On Friday, ESPN’s Seth Wickersham posted a report on Friday in which he asserted, among other things, that Kraft ordered Belichick to trade Garoppolo to appease Tom Brady.

“Two weeks before the Nov. 1 trading deadline [the deadline actually was Oct. 31], Belichick met with Kraft to discuss the quarterback situation. According to staffers, the meeting ran long, lasting half the day and pushing back Belichick’s other meetings. The office was buzzing. The meeting ended with a clear mandate to Belichick: trade Garoppolo because he would not be in the team’s long-term plans, and then, once again, find the best quarterback in the draft and develop him.”

Speaking with Peter King of The MMQB, Kraft refutes this report. In fact, he says he and Belichick, who by all accounts has full control of the team’s personnel moves, didn’t discuss Garoppolo with Belichick in any capacity from June until Oct. 30 — the Monday right before the trade deadline.

“I assumed once the season started, we’d talk again at the end of the season about it,” Kraft told King. “The next time I spoke with Bill about it was the Monday before the trade deadline. He called me on that Monday and said he got a deal with San Francisco, Jimmy for a second-round pick and [quarterback] Brian Hoyer. Turns out they had to cut Hoyer and then we got him. But really, this was basically a second-round pick and Brian Hoyer for Jimmy. Bill asked me if I was OK with this. I was really taken aback a little bit. I wanted to think about it. I talked to Jonathan, who was okay with it, and I called Bill back and said, ‘OK.’”

Kraft, enunciating his stance as clearly as he could, finished by saying the report that he ordered Belichick to trade Garoppolo was “a total fabrication and fiction. I am telling you, it’s fiction.”

For his part, Wickersham has not backed down, saying he stands by his report. He had a similarly damning report on the Seattle Seahawks last year that was met with plenty of hot takes from both sides of the argument.

In the wake of the Friday report, another report emerged that this scribe couldn’t take seriously, which is that Belichick apparently is itching to become the next head coach of the New York Giants.

Is this the beginning of the end for the Patriots’ dynasty, or is it just one more reason for this team to find extra motivation to win a sixth title since Belichick and Brady started doing their thing?