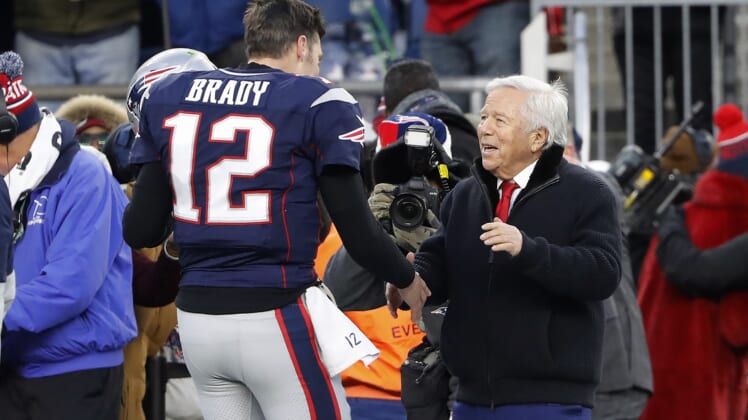 New England Patriots quarterback Tom Brady shocked the entire Boston community and the sports world Tuesday morning, announcing that he is leaving the team after a two decade marriage.

This came after months of speculation that a divorce could be in the cards following New England’s premature departure from the AFC Playoffs back in January.

Even then, it was a stunning announcement from Brady. He’s legit a top-two quarterback in the history of the NFL. It’s going to be weird seeing Mr. Brady in another uniform.

“Tommy initiated contact last night and came over. We had a positive, respectful discussion. It’s not the way I want it to end, but I want him to do what is in his best personal interest,” Kraft told ESPN’s Mike Reiss. “After 20 years with us, he has earned that right. I love him like a son.”

This has to be an especially hard day for Mr. Kraft. Brady has been the face of the Patriots’ organization for the vast majority of the owner’s tenure in New England. The two shared a great relationship off the field. It was about more than football and on-field success.

As Patriots nation grapples with the reality of Brady’s departure, attention will soon turn to his next landing spot. But let’s pour one out for the future Hall of Famer and his soon-to-be former team. Unparalleled success. Six Super Bowl titles. That will never be taken away from Brady or the Pats.