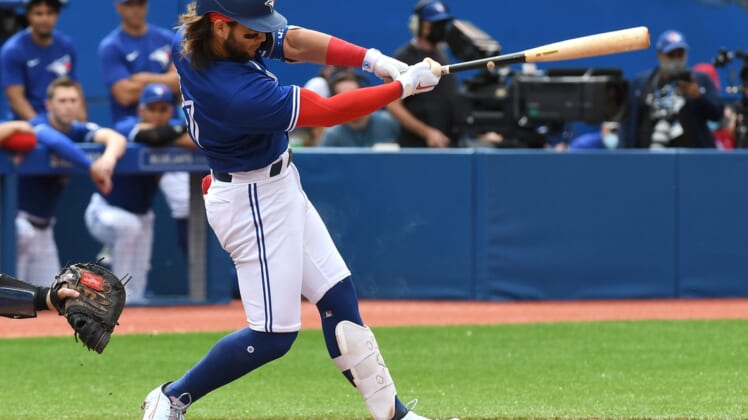 Bichette hit a three-run homer in the first inning and Ray (12-5) held the Rays to one run and four hits with no walks, while falling one short of his career best for strikeouts.

Jordan Romano pitched a perfect ninth inning with one strikeout to earn his 18th save.

The Blue Jays took two of the three games in the series, but the Rays lead the season series 9-7. Tampa Bay (90-56) leads the American League East by eight games over Toronto (82-64).

The Blue Jays took a 3-0 lead in the first inning. Marcus Semien walked and took third on a double by Vladimir Guerrero Jr. Bichette hit a 1-2 pitch to left for his 25th home run of the season.

Toronto added a run in the third inning on a Bichette sacrifice fly. It scored Semien, who singled and took third on another Guerrero double.

Ray, who pitched around leadoff doubles in the second and fourth innings, gave up Zunino’s 30th homer of the season to lead off the fifth.

The Blue Jays added two runs for a 6-1 lead in the bottom of the fifth. George Springer singled with one out, moved to third on a wild pitch that was ball four to Guerrero with two out and scored on an infield hit from Bichette. Teoscar Hernandez added an RBI single.

Joakim Soria replaced Ray in the eighth and allowed a leadoff single to Taylor Walls followed by the 12th home run of the season by Phillips, a blast to right center on a 3-2 pitch. Soria retired the next three batters.

Adam Conley and Nick Anderson were perfect in the seventh and eighth innings respectively for the Rays.