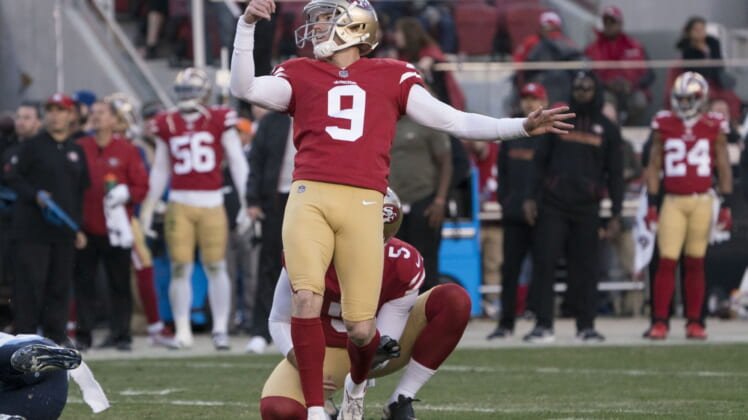 The San Francisco 49ers are the first team this offseason to use the franchise tag. They used it to secure kicker Robbie Gould in 2019, per ESPN’s Adam Schefter.

Game of tag officially underway: 49ers placed their franchise tag on kicker Robbie Gould today, per league sources. SF is first team this off-season to use its franchise tag.

Gould had recently expressed a desire to potentially return to the Chicago Bears. However, the 49ers had no desire to let this consistent kicker hit the open market and have him back for at least one year, barring a long-term deal this spring.

In the past two seasons with the 49ers, Gould made 72-of-75 kicks and converted 55-of-59 extra-point attempts.