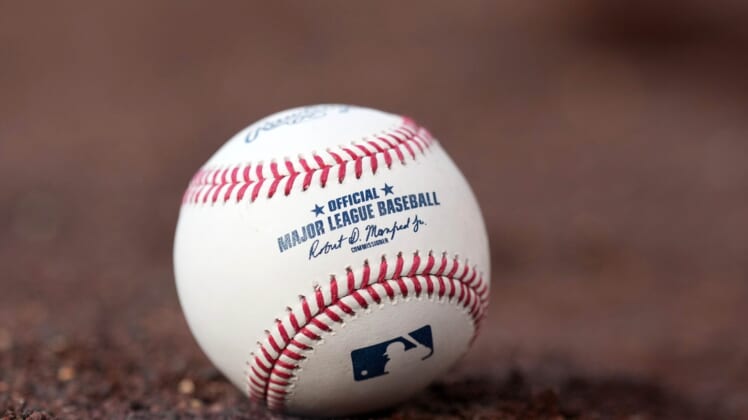 At the end of the 99-day lockout, Major League Baseball owners are still working with a priority list that includes instituting a pitch clock designed to speed up the pace of play.

In 2022 minor league games, a pitch clock of 14 seconds with no runners on base and 19 seconds with runners aboard will be used as a test case for the rule.

Commissioner Rob Manfred said in an Opening Day interview with ESPN that owners would like to see the rule adopted soon, which follows successful changes to the size of bases and universal use of the designated hitter.

“I don’t want to prejudge the process as far as handicapping it,” Manfred said. “I will say this: We’ve experimented extensively with the pitch clock in the minor leagues. It does help in terms of the pace of the game. It does help also in terms of the way the game is played, meaning more action, so it is something that remains high on the priority list of ownership. We have a great game, but historically I think the game was a little crisper the way it moved along, it had a little more action in it, more frequent balls in play, and getting back to that form of baseball would be an improvement for us, for the players and for the fans.”

Amazon Prime will stream 31 Yankees games and NBC/Peacock will stream a Sunday morning game as part of baseball’s effort to reach different demographics.

The average MLB game lasted three hours and 10 minutes in 2021, which was a three-minute improvement from 2020 and followed changes to rules with relief pitchers and overall pitching changes.

Manfred said he would like to receive “complete” player input on all rules changes.

The latest Collective Bargaining Agreement introduced a new committee for such changes comprised of four active players, six members appointed by MLB and one umpire.

Manfred said he and MLB owners are mindful of the lingering impacts of the lockout and pushing back Opening Day.

“The most important thing is always to make sure we have the game on the field for our fans,” Manfred said. “I did feel pressure to try to make sure that we not only had a season, but that we had a 162-game season, particularly in light of the difficult years we had in 2020 and 2021.”