Rob Manfred guarantees 100% that 2020 MLB season will be played 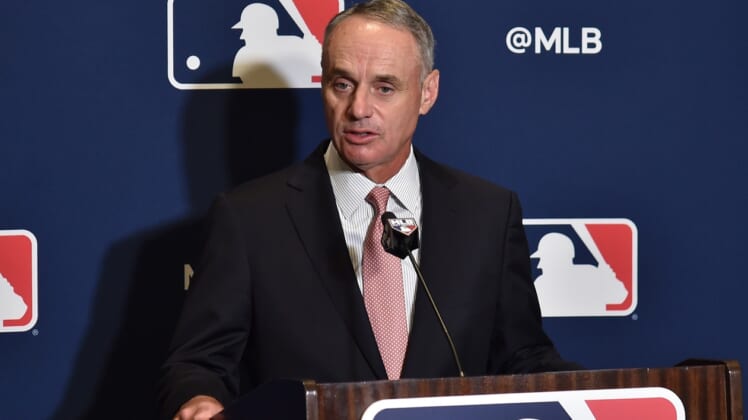 The start of the 2020 MLB season has been delayed since all the way back in March due to the ongoing COVID-19 pandemic.

There’s now renewed questions whether the season will even be played amid financial differences between the league and its players. According to MLB’s top dog, that’s highly unlikely to be the case.

The commissioner appeared on MLB Network Wednesday evening, guaranteeing 100% that the season will be played in 2020.

Given the widespread economic differences between MLB and its players, I am not too sure where the optimism is coming from here. But as Jon Heyman notes, Manfred does have the right to mandate that players return to the diamond.

As noted above, the season was suspended back in March as most other sports also shut down amid the ongoing pandemic. The hope was that Major League Baseball could return at some point in early July with a potential holiday Opening Day.

That’s now given in to a more realistic idea that the season won’t begin until at some point in August. The players have proposed an extremely short season while MLB itself would like to at least play half of the normal 162-game slate.

At issue here is a rift between players and the league surrounding prorated pay as well as a new revenue share model. Players have made it clear that they are not close to coming to terms with the league on this aspect of negotiations.

A recent report suggests that Manfred could very well use his power to implement a shortened season within the next week. This would obviously cause even further issues between the league and its players.

For now, the commissioner seems optimistic that the 2020 season will be played.