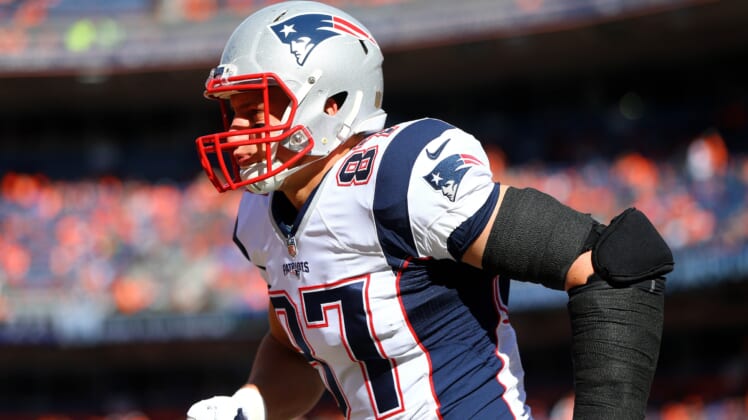 The New England Patriots know controversy. First it was Spygate and then Deflategate. Now the reported feud between Robert Kraft, Bill Belichick, and Tom Brady is front and center. Similar (or even lesser) controversies have destroyed other teams. So, how do the Pats overcome it? Rob Gronkowski shed some light on it.

Speaking on “Late Hits” with Zig Fracassi and Geoff Schwartz, the superstar tight end stated that he and his team “Just going to ignore the noise” and that they “keep on working inside the building.”

“It’s the same thing we do every single week,” Gronk noted. “We’re just trying to prepare as best as possible for our opponent. We’re coming into the building to get work done, to get better, if it’s in meetings or if it’s out on the field. But whatever’s put out there, you can’t control that. You can only control what you can control.”

Prior to New England’s win over the Tennessee Titans, Nate Solder noted that blocking out the distractions was not always easy.

But this is where the previously cited controversies actually come in handy. The Patriots are just used to this. It makes them less vulnerable to be distracted than essentially any other team in the league. It’s why a large number of players of on the team have never had their seasons end before the AFC Championship Game.

With any other team, it’s hard to believe that the noise is really being blocked out. But with New England, it’s a road we’ve been down before.