Rob Gronkowski joined Manning Brothers on ‘Monday Night Football,’ and it was epic 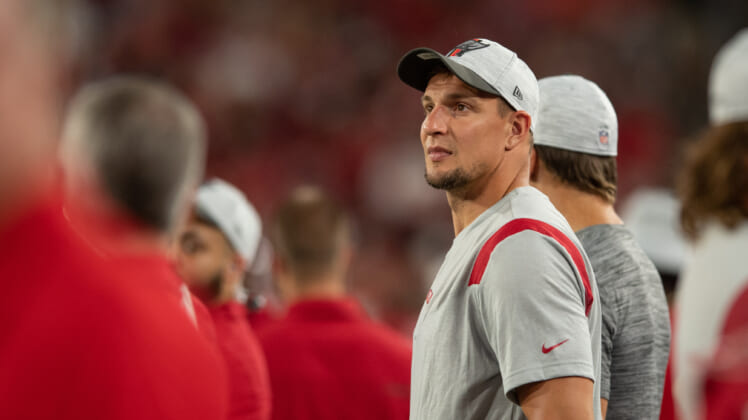 Fresh off scoring two touchdowns in a blowout win over the Atlanta Falcons on Sunday, Rob Gronkowski decided to use his entertainment chops to entertain fans during a simulcast of “Monday Night Football.”

The star Tampa Bay Buccaneers tight end joined brothers Peyton and Eli Manning on their ESPN2 broadcast of the game between the Green Bay Packers and Detroit Lions.

Knowing Gronk the way we do, it’s no surprise that he stole the show from the two Super Bowl winners.

Rob Gronkowski was the talk of social media as he chatted up the Manning Brothers. For good reason.

Gronkowski having Tom Brady do his homework for him is pretty much the best thing about this entire clip. It’s like the jock and bully making that skinny dude cram for test for him while he’s out partying with buddies on a Monday night.

If this weren’t enough, Gronk was asked about his practice schedule and why he doesn’t take to the field on Fridays. His explanation was simple. “I don’t practice on Friday because Friday is Red Zone day and I’m Red Zone Robby G, baby,” the tight end said.

Yeah, something makes us believe Rob Gronkowski has a future in this broadcast thing.