Rival NBA executives believe Nets are ‘going all in’ this summer 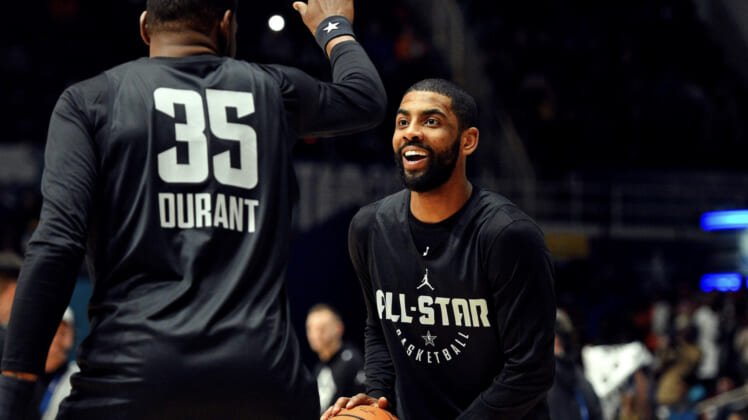 The Brooklyn Nets’ decision to send two first-round picks to the Atlanta Hawks on Thursday to rid themselves of Allen Crabbe’s contract was more than likely a harbinger of things to come.

At the very least, that’s what rival executives around the NBA believe.

“Several opposing executives, speaking generally, said a team wouldn’t surrender two first round picks to clear cap space — such as the Nets did on Thursday — without an indication that they have a strong chance to land at least one top free agent,” Ian Begley of SNY noted Friday.

“(General manager) Sean (Marks) is going for it. The nets are all in,” a rival executive told Begley. That really is no surprise. Sending one first-round pick (No. 17 in 2019) is one thing. Adding an additional 2020 first-round pick (top-14 protected) is a completely different thing.

So what might Marks and Co. have up their sleeves? There’s a lot to look at here.

Either way we spin it, the Nets are putting all of their chips into the pot this summer. And unlike the Knicks, it could be for good reason.