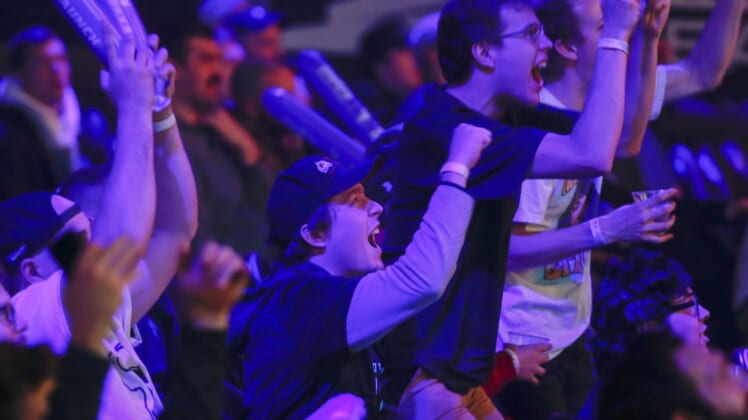 Movistar Riders finished a perfect 5-0 to clinch the top spot in Group C at the ESL Pro League Season 15 in Dusseldorf, Germany.

The Riders completed the undefeated run by overcoming the last-place Party Astronauts 2-1, winning 16-10 on Overpass, falling 16-4 on Nuke then winning the deciding match 16-10 on Inferno.

Spain’s Raul “DeathZz” Jordan Nieto had 52 kills to lead the Riders, though four teammates joined him with at least 40 kills apiece. Josh “PwnAlone” Pigue of the United States led the Astronauts with 55 kills and a plus-16 kills-to-deaths ratio.

The Riders had dominated coming into the day, but an opening existed for both Players and Team Liquid. Each entered Sunday a game back in the standings, with their matchup against one another representing an opportunity to grab the top spot in the group should the Riders falter.

Players blitzed out to a 16-1 win on Dust II and a 16-11 victory on Overpass to take the series 2-0 and wrap up second place. Russia’s Dmitry “sh1ro” Sokolov racked up 47 kills against 18 deaths to lead the way for Players.

In the other matchup of the day, BIG defeated GODSENT 2-0 to lock up fourth place, winning 16-11 on Nuke and 16-4 on Ancient. Josef “faveN” Baumann of Germany paced the victors with 45 kills and a plus-18.

All matches are best-of-three until the best-of-five final on April 10. Ninjas in Pyjamas took Group A, going 4-1 in five matches, while last week FURIA Esports clinched the top spot in Group B. Group D will be contested over the next week.

Natus Vincere vs. AGO
Complexity Gaming vs. Heroic
Astralis vs. Evil Geniuses