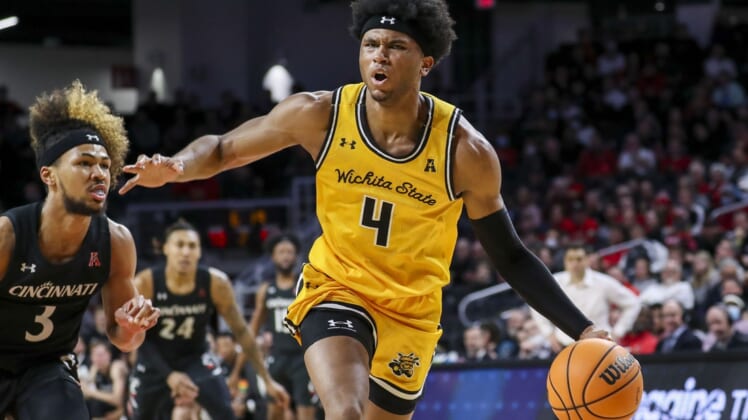 “Arkansas how we feeling,” Council asked while announcing his commitment on Twitter.

Council was the American Athletic Conference Sixth Man of the Year last season when he averaged 12 points and 5.4 rebounds in 28 games (seven starts) for the Shockers. He also had 32 steals and shot 43.7 percent from the field.

Council averaged 9.9 points and 4.6 rebounds in 49 games (eight starts) in two seasons at Wichita State. Because of the free season of eligibility due to COVID-19, Council has three seasons remaining.

Arkansas has reached the Elite Eight of the NCAA Tournament in each of the past two seasons. The Razorbacks have also added three five-star recruits from the 2022 class: point guard Anthony Black, combo guard Nick Smith and small forward Jordan Walsh.