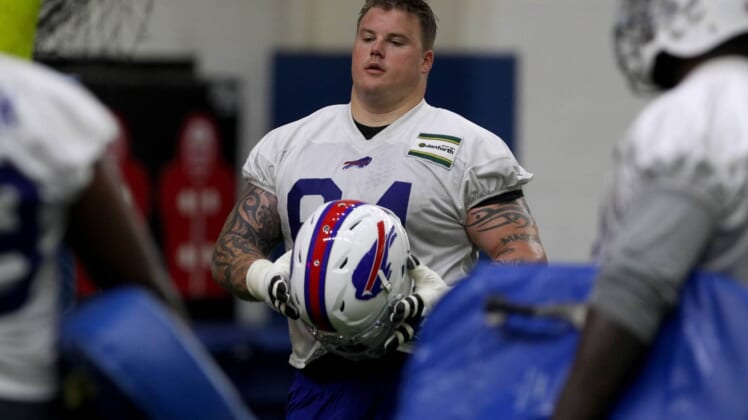 The news surrounding Richie Incognito’s arrest at a funeral home following the death of his father continues to paint a dark picture.

Incognito has been charged with disorderly conduct and threats, and now we know he also had six different guns in his truck, along with a handgun silencer. Incognito has since been released from jail. He’s accused of threatening to shoot employees at the funeral home on Monday.

One of the victims, Michael Wells, is listed as an acquaintance of Incognito. He told police he thought Incognito was going to kill him after Incognito made a shape of a gun with his hand and said he had a “truck full of guns." https://t.co/8KMDmgPewC

Former NFL player Richie Incognito was just released from the Scottsdale jail. He is accused of threatening to shoot employees at a funeral home yesterday. We're told he was there to make arrangements for his father, who recently passed away. @abc15 @espn @ABC @abc15sports pic.twitter.com/EKrsby0bxh

Incognito has not played in the NFL since last year. He spent time with the Buffalo Bills, Miami Dolphins and St. Louis Rams.

He’s had a long history of off-field incidents, and many have come up recently, including an incident at a gym in which he allegedly threw a dumbbell at another person, prompting an involuntary psychiatric hold.