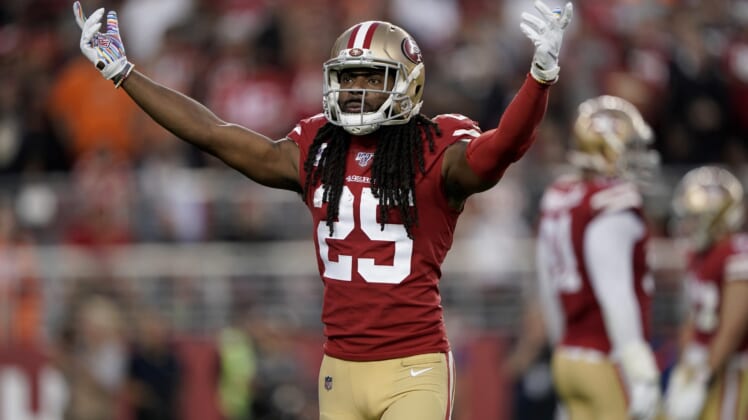 San Francisco 49ers cornerback Richard Sherman was in a giving mood heading into the holiday on Thursday.

Days after being named the NFLPA Community MVP, Sherman took to Cabrillo Middle School in Santa Clara to write out a personal check worth $7,491.27 to clear the school’s outstanding cafeteria bill.

“The last thing any child should have to worry about is being able to afford eating breakfast and lunch,” Sherman said.

It was just last month that Sherman wrote a $20,000 check to the Tacoma Public Schools in Washington to relieve their student’s lunch debt.

His latest donation was met with applause from local school officials in Northern California.

“It’s the most generous thing to happen for these kids, there’s plenty in need and he didn’t neglect them, it was the perfect way to give back and help them,” the school’s principal Stan Garber told ABC News on Thursday.

About 60 students will benefit from the donation.

It certainly is a time of giving around the NFL world right now. Sherman is just the latest example of this.