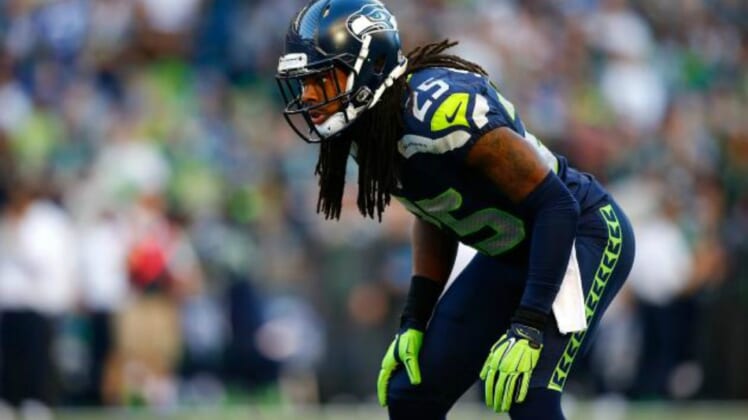 Seattle Seahawks cornerback Richard Sherman dares opposing quarterbacks to throw his way. He often taunts them if they don’t, or punishes them with an interception if they do.

When asked about his Week 1 game against the Green Bay Packers and how frustrated he felt that Rodgers ignored him, he answered with this (via NFL.com).

Statistics from Pro Football Focus showed that Rodgers didn’t throw even one pass towards the loudest, self-proclaimed best corner in the NFL. Sherman when asked about how he thinks things will go in today’s game, responded…

I’m not surprised either way. But I expect them to execute their game plan, whatever that may be. I don’t really have a gut feeling about how it’s going to go.

Considering how Sherman tore up Cam Newton last Sunday, Rodgers may want to practice caution. However, Rodgers did proclaim earlier this week that he needs to be aware and not scared of Sherman.