Rex Ryan set to compete on ‘The Amazing Race’ 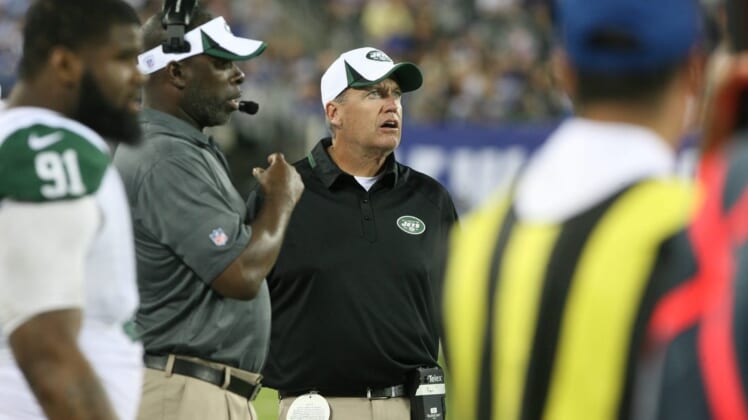 Former NFL head coach Rex Ryan will be a contestant on the upcoming season of “The Amazing Race,” which airs this fall.

He will be competing with his golf partner Tim Mann, according to Entertainment Weekly. Ryan, 59, will be this season’s oldest participant.

It's time to choose your racers!?? Meet the teams of season 34 who will be racing around the globe for a chance at $1 million dollars.???? #AmazingRace pic.twitter.com/IiSkVakaXJ

His reality television debut will be on Sept. 21, when season 34 of “The Amazing Race” begins. The show features 12 teams of two contestants who travel around the world and must complete tasks to determine where they must go next. The team that discovers its final destination first wins $1 million.

After various coaching roles with the Baltimore Ravens from 1999-2008, Ryan took over as head coach of the Jets in 2009 and was at the helm until 2014. He then spent two seasons with the Buffalo Bills and was relieved of his duties as head coach following the 2016 campaign.

In his eight seasons as a head coach, Ryan compiled a 61-66 regular-season record and led his teams to a 4-2 mark in the playoffs. He also helped the Ravens to a victory in Super Bowl XXXV as the team’s defensive line coach.

Ryan is now an analyst on ESPN and is often featured on “NFL Sunday Countdown.”