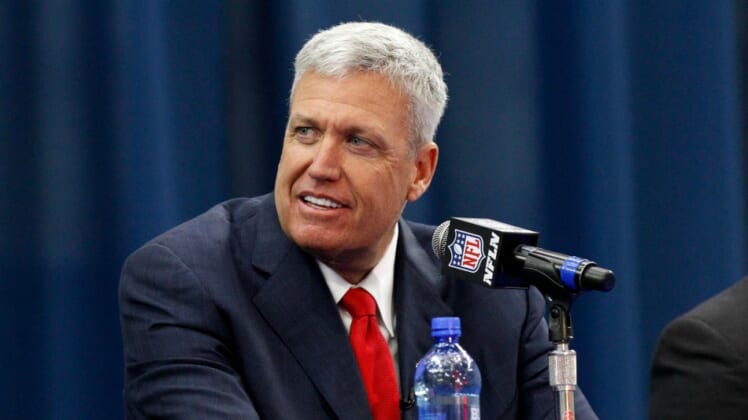 Rex Ryan is known for trolling his opponents by naming former players as captains, and it appears he’s gearing up for another zinger.

The Buffalo Bills are headed to the City of Brotherly Love in Week 14 to face the Philadelphia Eagles. In preparation for that pivotal matchup, Ryan hinted he could name running back LeSean McCoy a Bills team captain for the game on Sunday.

McCoy was rather unceremoniously traded by Chip Kelly of the Eagles this past offseason in exchange for linebacker Kiko Alonso, who has spent much of the 2015 season sidelined with injuries.

Meanwhile, McCoy has battled through injuries of his own but is still on pace to surpass 1,000 yards rushing with Buffalo.

He made huge news after getting traded when he said Kelly “got rid of all the good black players,” sparking a back-and-forth media storm in which many of Kelly’s current players — many of color — defended their coach. It was a big mess.

Therefore it would be just like Ryan to trot McCoy out there on the 50-yard line — maybe even all by himself — to represent the Bills as a captain this Sunday for the coin toss at Lincoln Financial Field.