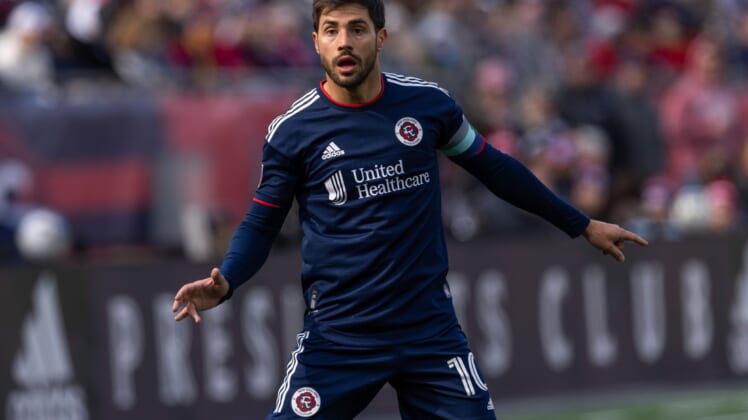 Sebastian Lletget and Carles Gil will aim to continue their respective fast starts to the season on Saturday when the New England Revolution host Real Salt Lake in Foxborough, Mass.

Lletget scored a goal in New England’s 2-2 draw in the season opener on Feb. 26 and tallied again on Wednesday in a 3-0 win over Pumas UNAM in the first leg of Scotiabank CONCACAF Champions League quarterfinals on Wednesday.

Gil, the reigning MLS Most Valuable Player, notched a pair of assists on Wednesday to mark the third consecutive contest that he has dented the scoresheet. He had an assist in the season opener and the lone goal in a 1-0 victory over FC Dallas last Saturday.

“We’re very happy,” Gil said following Wednesday’s win. “We deserved this because we created many chances. They had a couple good ones, too. Now we’ll focus on Saturday’s game and then we’ll travel to Mexico (for a rematch versus Pumas UNAM on Wednesday).”

Adam Buksa scored twice in the second half against Pumas UNAM for the Revolution (1-0-1, 4 points), who will see a familiar face on Saturday.

Midfielder Scott Caldwell will make his return to Gillette Stadium for Real Salt Lake (1-0-1, 4 points). Caldwell was New England’s second homegrown signing in club history when he joined in 2013. He spent nine seasons with the Revolution before being acquired by Real Salt Lake in January.

Like New England, Real Salt Lake (1-0-1, 4 points) followed up a season-opening draw with a 1-0 victory last Saturday. Bobby Wood cleaned up his own rebound to score in the 46th minute of a 1-0 win over Seattle Sounders FC.

Zac MacMath made four saves to record his second consecutive shutout to start the season.

“Yeah, I’ve got a lot of confidence right now. I pride myself on knowing that I’m always ready to play for this team,” MacMath said, per the Salt Lake Tribune. “My teammates and the coaches have given me plenty of confidence over the last few weeks. Just getting out there and just proving to myself and to my teammates that I’m very capable of keeping a clean sheet and helping this team.”