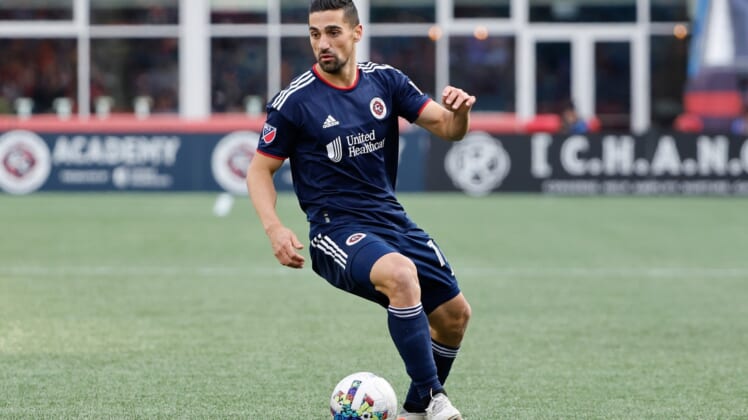 The New England Revolution are fit to be tied after a pair of disastrous losses, one in MLS action and another in a CONCACAF Champions League quarterfinal clash.

The Revolution (1-1-1, 4 points) look to shake off the gut-wrenching setbacks and regain their form on Saturday night when they visit Charlotte FC (0-3-0, 0 points).

New England followed up squandering a two-goal lead in a 3-2 setback to Real Salt Lake last Saturday by letting a previous three-goal advantage on Pumas UNAM go by the boards four days later. The clubs tied on aggregate before Pumas UNAM won on penalty kicks.

“We made some mistakes that caused goals, but that’s the way it goes,” Revolution coach Bruce Arena said on Wednesday. “There’s no excuses. We certainly could have been a little bit better.”

Charlotte FC know that mantra all too well.

The club became the third expansion team in MLS history to lose its first three matches in the league following a 2-1 setback to Atlanta United on Sunday.

“What is important here is not what happened but how we respond,” Charlotte FC coach Miguel Ramirez said. “I spoke with (the players) after the game. Of course we want to win, but you see something common in the message of everyone, the players and myself. Process is a word that we repeat a lot and have very clear. … We need to see improvement in this process and we are seeing improvement in this process.”

Charlotte FC will look to give their home fans a thrill after being shut out by the visiting Los Angeles Galaxy on March 5. The match was contested in front of an MLS record-high 74,479 fans at Bank of America Stadium.

Adam Armour, who was left off the roster versus the Galaxy, came off the bench to net Charlotte FC’s first MLS goal in franchise history against Atlanta United.

New England’s Sebastian Lletget has collected two goals and an assist in his first five matches (all competitions). Adam Buksa, in turn, has four assists in his last six regular-season games after notching four in his first 51 such contests.