Reuben Foster had additional domestic incident on record from October 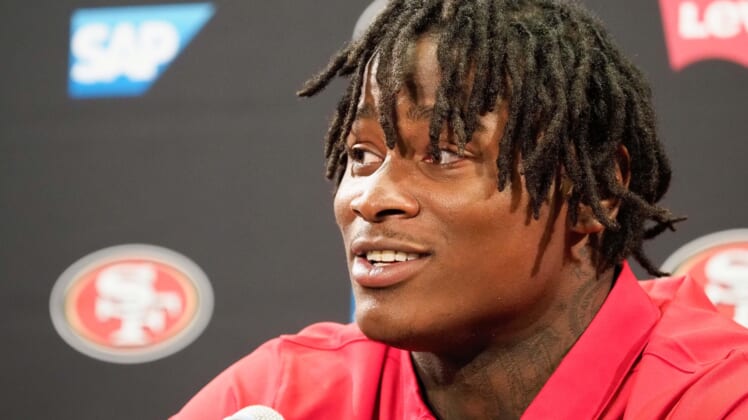 The San Francisco 49ers on Sunday morning released star linebacker Reuben Foster mere hours after he was allegedly involved in a domestic violence situation at the team hotel Saturday night.

While the legal situation played itself out, the 2017 first-round pick was suspended by the NFL for the first two games of the 2018 season. Now comes this new piece of information from the San Francisco Chronicle suggesting that Foster was apparently involved in a domestic violence report with his longtime girlfriend, Elissa Ennis, back in October.

It’s not yet known if the 49ers had direct knowledge of the alleged incident. If they did, it could lead to action by the NFL. The league already stated on Sunday that it is going to investigate the entire situation.