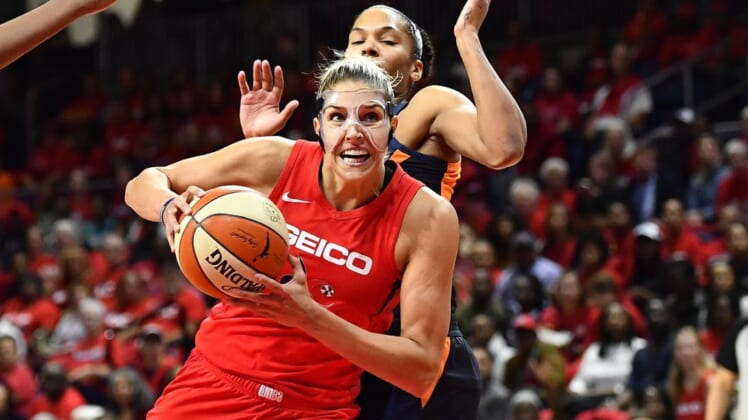 Elena Delle Donne and the Washington Mystics should be well rested on Thursday when the team returns from a week off in the schedule to visit the Dallas Wings in Arlington, Texas.

Delle Donne scored 25 points last Thursday afternoon to help Washington record a 78-69 victory over the New York Liberty. The two-time WNBA MVP has averaged 23.4 points and shot 56.8 percent from the floor (42-for-74) over her past five games.

The Mystics (17-11) have won six of their past eight contests and entered Wednesday one game behind the fourth-place Seattle Storm in the WNBA standings with eight games remaining on their schedule. The top four seeds will have home-court advantage for their best-of-three first-round series.

“I haven’t even looked,” Delle Donne said of the standings, per The Washington Post. “My only focus is the next game and winning it. And if we can control that, then standings will be whatever they are.”

Delle Donne poured in 20 points in Washington’s 94-86 setback to Dallas on May 13 and 14 more in the Mystics’ 84-68 victory over the Wings four nights later. Rookie Shakira Austin, the No. 3 overall pick in the 2022 draft, scored a season-high 20 points on 9-of-11 shooting from the floor in the latter contest.

Dallas (12-15) posted just its third win in its past nine games with a 96-86 victory over the reeling Indiana Fever on Sunday.

Arike Ogunbowale scored 16 of her 22 points in the second half and Teaira McCowan had 17 points and seven rebounds against her former team.

“Our confidence level is at an all-time high,” McCowan said. “We’re the type of team that whenever we see someone getting down … somebody is always there to bring them back.”

Ogunbowale erupted for 27 points in the first meeting with Washington, while Marina Mabrey had 16 in the setback to the Mystics.