Rested Devils visit Caps, who have quick turnaround from SO win 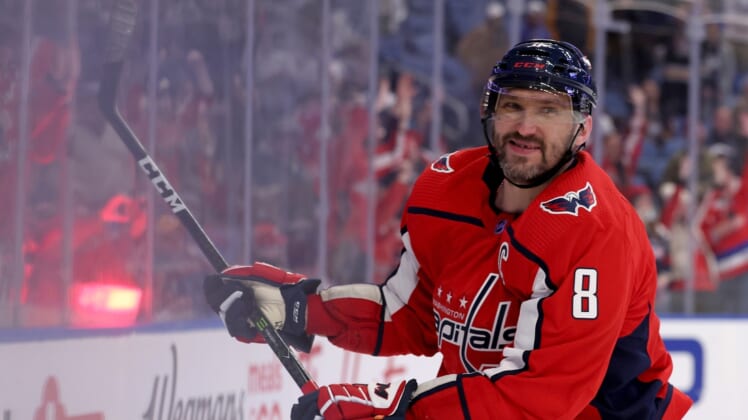 The New Jersey Devils have provided glimpses this week they can compete with the Eastern Conference’s elite — and evidence of why they’re still looking up at foes such as the Washington Capitals, whom the Devils are slated to visit Saturday night in a battle of Metropolitan Division rivals.

The Devils haven’t played since Wednesday, when they began a two-game road trip by squandering a pair of one-goal leads in a 3-2 loss to the Toronto Maple Leafs. The Capitals will be completing a back-to-back set after earning a 4-3 shootout win Friday night over the host Buffalo Sabres.

The Devils’ narrow loss to the Maple Leafs — who enter Saturday tied with the Boston Bruins for second place in the Atlantic Division — came about 24 hours after New Jersey overcame an early two-goal deficit to stun the New York Rangers, 7-4. The Rangers are in third place in the Metropolitan Division, five points ahead of the Capitals, who occupy the second and final wild-card spot in the Eastern Conference.

While the Devils gave the Maple Leafs a battle, the loss also magnified why New Jersey is in last place in the Metropolitan Division and all but guaranteed to miss the playoffs for the fourth straight season and the ninth time in 10 years since reaching the Stanley Cup Finals in the spring of 2012.

Of the three goals the Maple Leafs scored Wednesday, two were scored short-handed, including the game-winner with 4:42 left in the third period. Pierre Engvall picked off a pass by New Jersey’s Jesper Bratt in the Devils’ zone and raced up the ice to score the unassisted goal in the middle of a four-minute power play for New Jersey.

“Call it stupid, careless, irresponsible — call it whatever you want,” Devils head coach Lindy Ruff said after the game. “But if you’re going to win a hockey game, your four-minute power play(s), take advantage of that. We didn’t get it done.”

The Capitals, who are on pace to make the playoffs for the eighth straight season and the 14th time in 15 years, did just enough against the Sabres to remain two points behind the first wild card, the Tampa Bay Lightning.

The Capitals frittered away a pair of one-goal leads and fell behind 3-2 when Jeff Skinner and Victor Olofsson scored in a span of fewer than three minutes just beyond the midway point of the second.

But Alex Ovechkin scored his 771st career goal with 3:13 left in the period before collecting the game-winner in the shootout as Washington increased its lead over the Columbus Blue Jackets to 14 points in the race for the second wild card.

“They scored two goals, and the two or three shifts prior to that weren’t good — it was almost like as soon as we went up, we stopped playing,” Capitals head coach Peter Laviolette said. “The guys responded from that point. We didn’t let up very much after that defensively and got back on the attack offensively.”