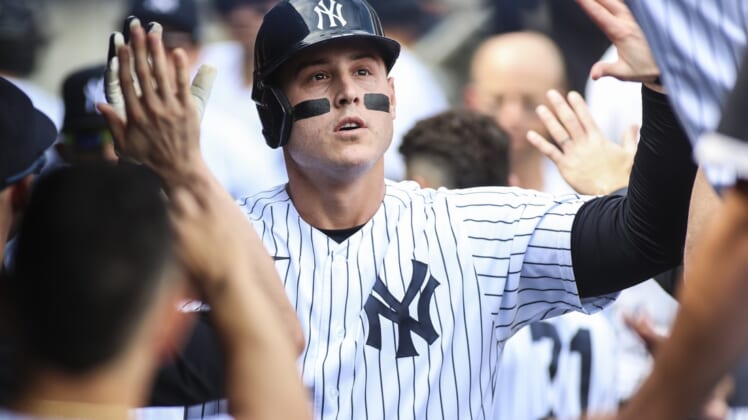 The deal reportedly includes an opt-out clause for Rizzo after one season if he does well in 2022 and wants to return to the free agent market. The contact isn’t finalized pending a physical.

Rizzo, 32, was acquired by the Yankees from the Chicago Cubs before the trade deadline last year. He finished the season with 22 homers, 61 RBIs and a .248 batting average in 141 games.

The three-time All-Star and four-time Gold Glove winner played for the Cubs when they won the World Series in 2016, posting 32 homers, 109 RBIs and batting .292 in 155 games during the regular season.

In the World Series, he had one homer, five RBIs and a .360 batting average in seven games.

The previous season, also as a Cub, Rizzo led the National League in games (160) and plate appearances (701). He hit 30-plus homers in four consecutive years for Chicago, and he also had a string of four straight 100-RBI years.