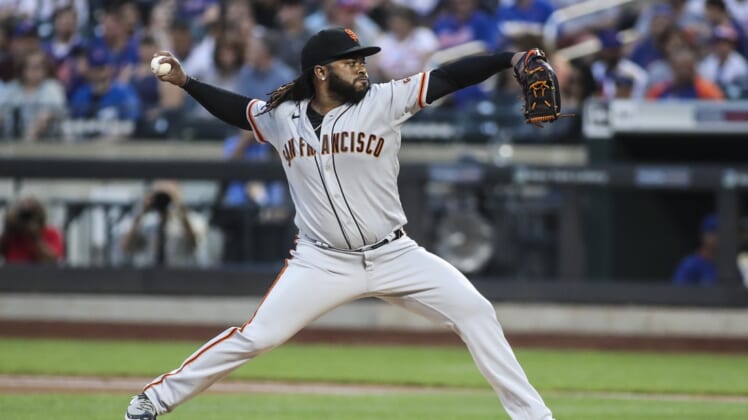 Cueto reportedly would make a prorated portion of a $4.2 million salary for any time he spends in the major leagues. MLB Network added that the deal gives Cueto an opt-out option as of May 15.

The White Sox were short a starter with right-hander Lance Lynn expected to undergo right knee surgery on Tuesday, a procedure that likely will sideline him for a month.

Cueto tweeted Monday night, “Much love to the fans of the San Francisco Giants. You guys are the best. I will miss you. (To) the amazing staff in SF … thanks for everything. Let’s get to work Chicago.”

Much love to the fans of the San Francisco Giants. You guys are the best. I will miss you. Bobby Evans, Dick Tidrow, Erwin Higueros, Jeremy Shelley and the rest of the amazing staff in SF…thanks for everything. Let’s get to work Chicago.

Cueto, 36, is a two-time All-Star who is entering his 15th major league season. He broke in with the Reds in 2008 and remained in Cincinnati until he was traded to Kansas City in July 2015. Cueto went 2-1 with a 5.40 ERA in four postseason starts with the Royals that year, helping them win the World Series.

He then signed as a free agent with the Giants, and he pitched in San Francisco the past six years. Last season, Cueto went 7-7 with a 4.08 ERA in 22 games (21 starts).