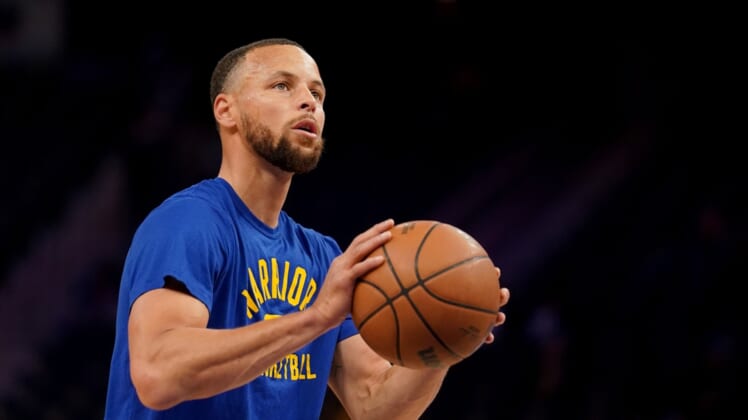 Golden State Warriors superstar guard Stephen Curry is out indefinitely after being diagnosed with a sprained ligament in his left foot, multiple outlets reported Thursday.

ESPN reported the Warriors are optimistic Curry can return by the start of the NBA playoffs next month.

Curry underwent an MRI immediately following the Warriors’ 110-88 loss to the Boston Celtics on Wednesday at San Francisco.

The injury occurred with just over four minutes remaining in the second quarter when Boston’s Marcus Smart landed on the back of Curry’s leg while diving for possession of the ball.

Curry had his foot twist awkwardly in the incident, and shortly thereafter had to be removed from the game. He headed straight to the locker room, walking under his own power.

A two-time NBA MVP and eight-time All-Star, Curry has averaged 24.3 points, 6.5 assists and 4.6 rebounds over 826 career games with the Warriors.