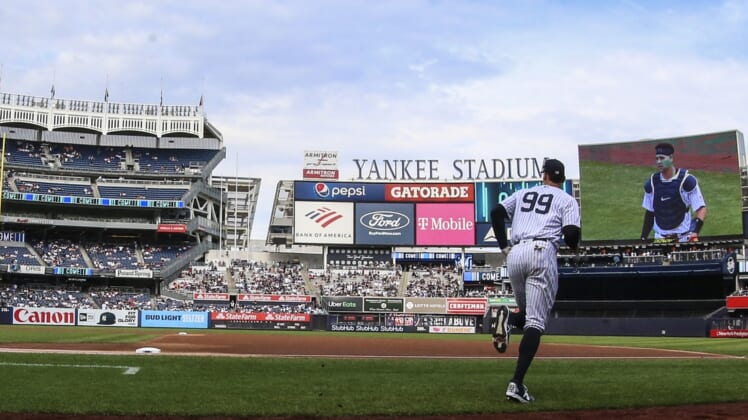 Any Mets or Yankees players who are unvaccinated against COVID-19 will not be able to play home games in New York, the Daily News and New York Post reported Tuesday.

A private sector employee mandate remains in place in NYC that prohibits unvaccinated personnel from being in the workplace in the presence of one other person, and that ordinance does not differentiate between indoor and outdoor work spaces.

It’s the same city ordinance that continues to keep Kyrie Irving sidelined for the Brooklyn Nets in the NBA. Irving is allowed to attend — and has attended — games at Barclays Center as a spectator but is not allowed to play.

New Mayor Eric Adams lifted the Key2NYC vaccine mandate earlier this month that covered indoor spaces, including entertainment. But so far he has refused to lift the private sector mandate put in place by former mayor Bill DeBlasio.

“On behalf of the Yankees, (team president) Randy Levine is working with City Hall and all other appropriate officials on this matter,” the Yankees said in a statement to reporters. “We will have no further comment.”

The Mets had no comment as of Tuesday afternoon.

The Yankees play at home on Opening Day, April 7, while the Mets have their home opener on April 15.