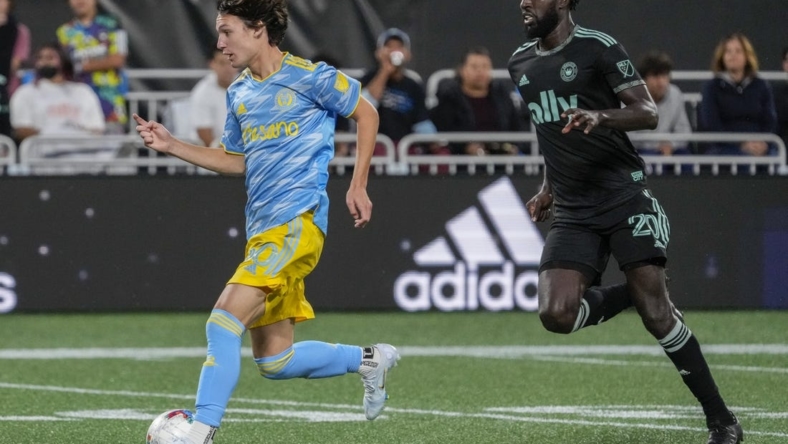 Midfielder Paxten Aaronson, part of a Philadelphia Union team that will play in the MLS Cup final on Saturday, apparently is headed to Germany.

Aaronson, 19, will be joining Eintracht Frankfurt after the German team and the Union reached agreement on a $4 million transfer with add-ons, multiple media outlets reported Friday. The deal is not finalized pending Aaronson passing a physical exam and coming to personal terms with Frankfurt.

In 23 regular-season games for the Union this year, including two starts, Aaronson has scored one goal. Aaronson made his MLS debut with Philadelphia last year, scoring three goals while appearing in 14 games (five starts). He also played in two postseason games in 2021, one as a starter.

Aaronson’s older brother Brenden followed a similar path from the Union’s youth academy to Europe, moving to FC Salzburg before joining Leeds United in the English Premier League this season.

Paxten Aaronson helped the United States’ under-20 team qualify for the 2024 Olympics this year, scoring seven goals in the CONCACAF qualifying event en route to being selected the tournament’s top player.

Eintract Frankfurt are the reigning champion of the UEFA Europa League, the second-tier continental competition. They currently sit in fifth place in the Bundesliga, Germany’s top domestic league, and they are headed to the round of 16 of the UEFA Champions League.

The Union will visit Los Angeles FC on Saturday in the MLS Cup championship game.