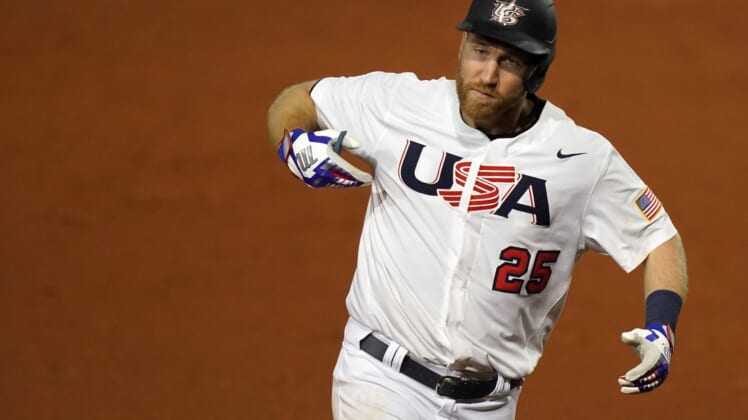 “It’s been my love my whole life,” Frazier told the New York Post. “It’s very hard to let go. Don’t get me wrong, it’s one of the toughest decisions I’ve ever made in my life. But where I’m at in my career and where I’m at in my life, I think it was the right decision. I think it’s time to be that family figure that I’ve always wanted to be.”

He earned back-to-back National League All-Star selections with the Cincinnati Reds in 2014-15 and posted career highs with 40 home runs and 98 RBIs with the Chicago White Sox in 2016.

A New Jersey native, Frazier later played for both the New York Yankees (2017) and Mets (2018-20). He also suited up for the Texas Rangers in 2020 and finished his career with the Pittsburgh Pirates in 2021.

This past summer, he helped Team USA win a silver medal at the Summer Olympics in Tokyo.