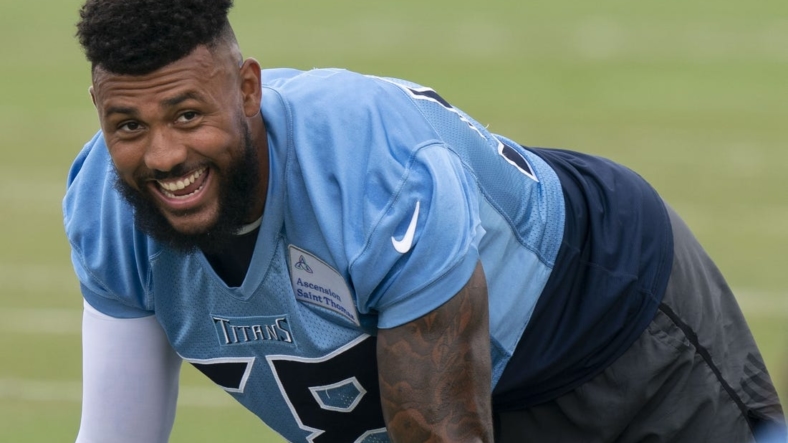 Landry suffered the injury during Wednesday’s practice, per the reports.

Landry, 26, is coming off his first Pro Bowl season after recording 12 sacks in 17 starts in 2021. He added 75 tackles, a forced fumble and 22 quarterback hits.

He has 31 career sacks in 64 games (52 starts) since the Titans selected him the second round of the 2018 draft. Landry has led the Titans in sacks in each of the past three seasons.

Landry signed a five-year, $87.5 million extension with the Titans in March, including a $19 million signing bonus.