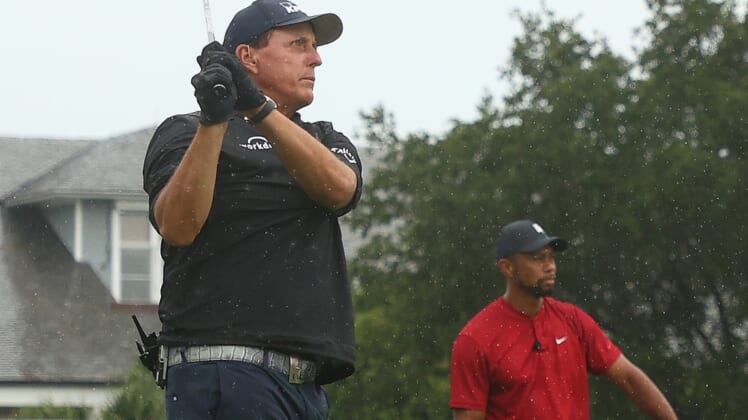 That doesn’t mean that either, or both, are confirmed to participate in the tournament, scheduled for The Country Club in Brookline, Mass., from June 16-19. Wednesday night was the deadline to reserve their spots should they choose to play.

Woods played in his first tournament in more than a year last weekend at the Masters, finishing 47th, as he works his way back from injuries sustained in a devastating single-car crash in February 2021. He has committed to playing at The Open at St. Andrews in July, but not in the PGA Championship at Southern Hills in Tulsa, Okla., or the U.S. Open.

Mickelson hasn’t played on the tour since January after controversial comments he made about a planned Saudi Arabia-backed golf league and his criticisms of the PGA Tour went public.

They were among the 9,265 golfers to enter the tournament. Woods and Mickelson are among 48 players — including 12 past U.S. Open champions — who are exempt and have an automatic entry. Thousands of other entrants will try to qualify through local tournaments.