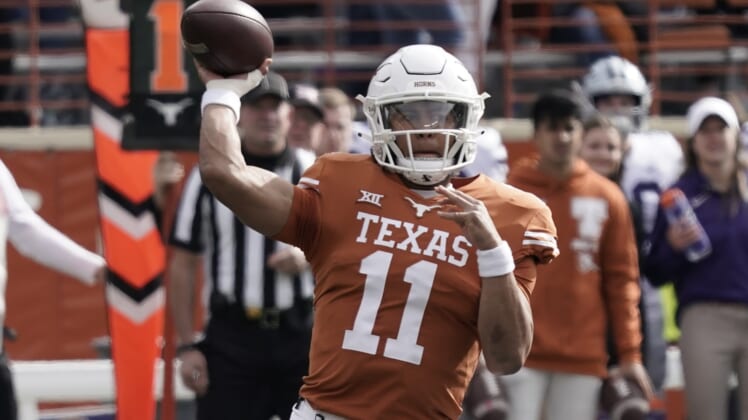 Five days after Quinn Ewers announced he was transferring to Texas, the Longhorns’ incumbent quarterback is apparently on his way out.

Casey Thompson, who started 10 games for Texas this past season, has decided to enter the transfer portal, according to multiple media reports Friday.

Thompson threw for 2,113 yards and a Big 12-best 24 touchdowns with nine interceptions in 2021. He battled through a thumb injury for much of the season.

Thompson has one year of eligibility remaining and is expected to draw significant interest as a graduate transfer.

Ewers, regarded as the top quarterback in the Class of 2022, initially committed to Texas before ultimately deciding to enroll early at Ohio State. He only took two snaps this past season, reportedly made more than $1 million in NIL deals, and announced his decision to transfer to Texas on Sunday.