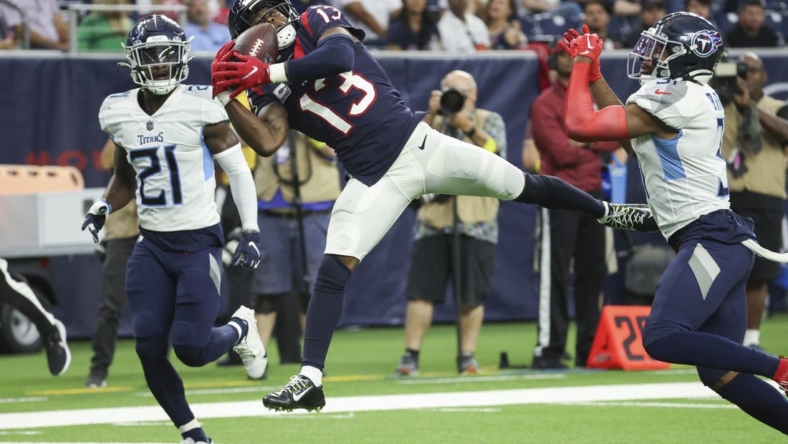 Houston Texans wide receiver Brandin Cooks reportedly will not play against the visiting Philadelphia Eagles on Thursday, two days after the team failed to move him at the NFL trade deadline.

Multiple media reports said Cooks had hoped to be traded to a playoff contender.

Cooks did not practice on either Tuesday or Wednesday due to personal reasons.

Money may have been a possible snag to any deal involving Cooks. He is due $18 million fully guaranteed next season.

Cooks, 29, has team-leading totals in catches (32) and receiving yards (354) this season for the Texans (1-5-1), who are also without fellow wideout Nico Collins for Thursday’s game against the Eagles (7-0).

Collins, who is dealing with a groin injury, is second on the team with 305 receiving yards.