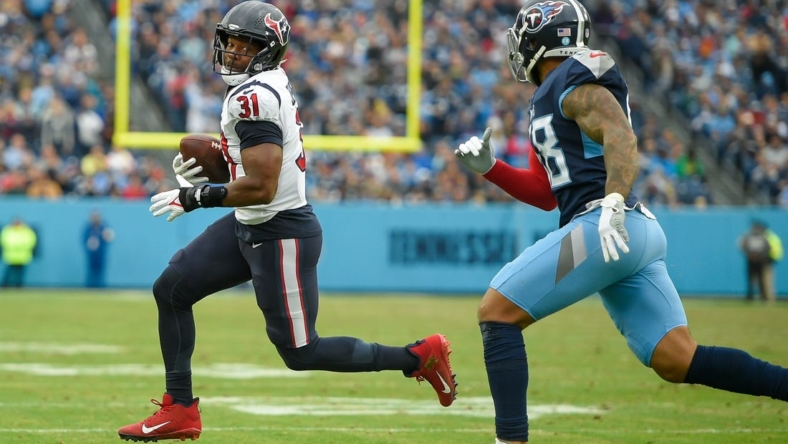 A free agent, Johnson tried out with New Orleans before the season opened but couldn’t come to contract terms.

Johnson, who turns 31 next month, was a third-round draft pick of the Cardinals in 2015. He spent his first five NFL seasons in Arizona and was part of the March 2020 trade with the Texans that sent him to Houston and receiver DeAndre Hopkins west.

He could be moved to the active roster in time for Sunday’s game when the Saints (3-7) host the Los Angeles Rams (3-6). He would back up Alvin Kamara as Mark Ingram II continues his recovery from a knee injury.

Last season with the Texans, Johnson appeared in 13 games (four starts) and gained 453 yards from scrimmage with one touchdown.

His best NFL season came in 2016, when he led the NFL with 2,118 total yards from scrimmage and scored 20 touchdowns.