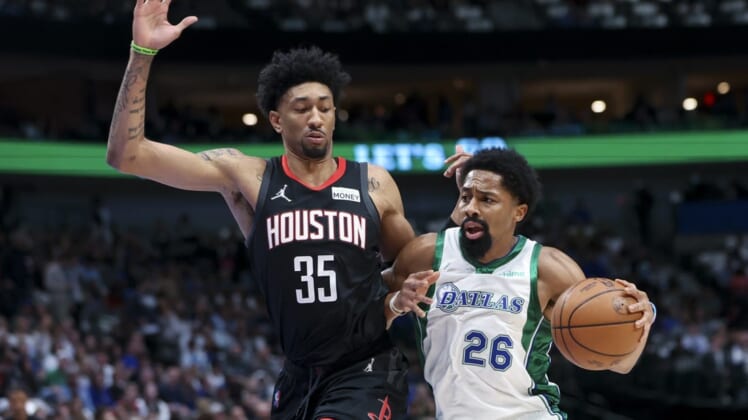 The Houston Rockets have a deal in place to trade forward/center Christian Wood to the Dallas Mavericks for Boban Marjanovic, Trey Burke, Marquese Chriss, Sterling Brown and the 26th overall pick in the 2022 NBA Draft, multiple media outlets reported on Wednesday.

All five players will be in the final year of contracts next season. The trade cannot be finalized until draft night on June 23.

Wood spent the past two seasons in Houston and averaged 19.1 points, 9.9 rebounds and 2.1 assists while shooting 50.7 percent from the field in 109 games. He averaged career highs of 21 points and just over 32 minutes a game in his first season with the Rockets, then put up 17.9 points and career bests of 10.1 rebounds and 2.3 assists in the just-concluded season.

Wood, who went undrafted after two seasons at UNLV, signed with the Philadelphia 76ers before the 2015-16 season. The 26-year-old has played for six teams in as many seasons: the 76ers, Charlotte Hornets, Milwaukee Bucks, New Orleans Pelicans, Detroit Pistons and the Rockets.

The Mavericks would add Wood to a frontcourt that currently features Dwight Powell, Maxi Kleber, Davis Bertans and Dorian Finney-Smith.