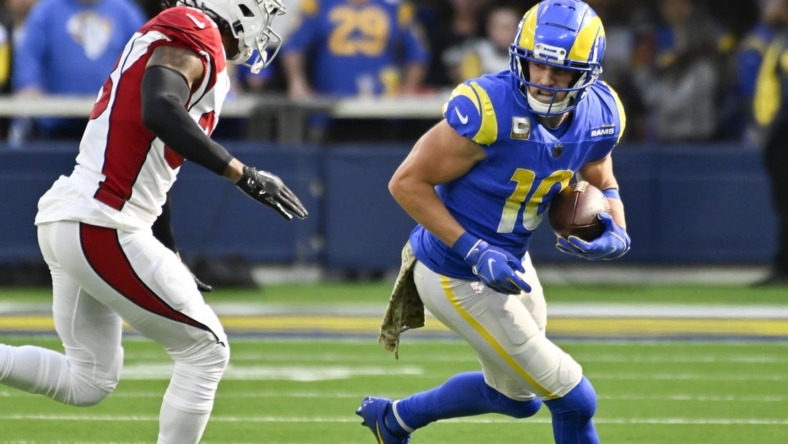 Kupp will undergo an MRI on Monday to determine severity and a timeline, per the reports.

Kupp, 29, departed Sunday’s game against the Arizona Cardinals early in the fourth quarter with a right ankle injury. The team initially feared he suffered a fractured ankle.

“It didn’t look good, it didn’t sound good,” Rams coach Sean McVay said after the loss to the Cardinals.

Kupp went in the air near the sideline in an attempt to grab an off-target pass from quarterback John Wolford and came to the ground, where Cardinals cornerback Marco Wilson rolled over his leg. Kupp rolled out of bounds and was tended to by the team’s medical staff on the bench.

Kupp, the MVP of last season’s Super Bowl, was barely able to put weight on his right leg and was taken to the locker room.

During a rough season for the 3-6 Rams, Kupp had been a bright spot. He had three receptions Sunday, but they went for a combined minus-1 yard as Wolford struggled as a replacement for Matthew Stafford (concussion).

Kupp has 75 receptions for 812 yards and six touchdowns this season. In six seasons, all with the Rams, the former third-round draft pick out of Eastern Washington has 508 receptions for 6,329 yards and 46 TDs.