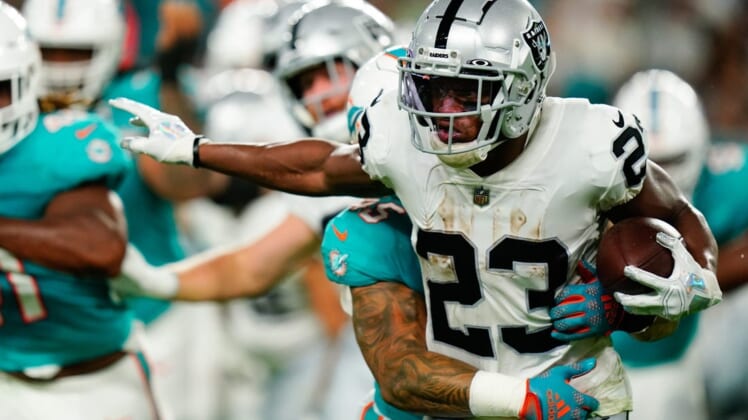 Drake signed a two-year, $11 million contract with the Raiders before the 2021 season. But the team’s new hierarchy of coach Josh McDaniels and general manager Dave Ziegler opted to move on from the 28-year-old.

In his only season with Las Vegas, Drake carried the ball 63 times for 254 yards and two touchdowns and added 30 receptions for 291 yards and a score in 12 games (two starts).