Reports: Raiders to Open Season at Carolina and at Home vs. Saints 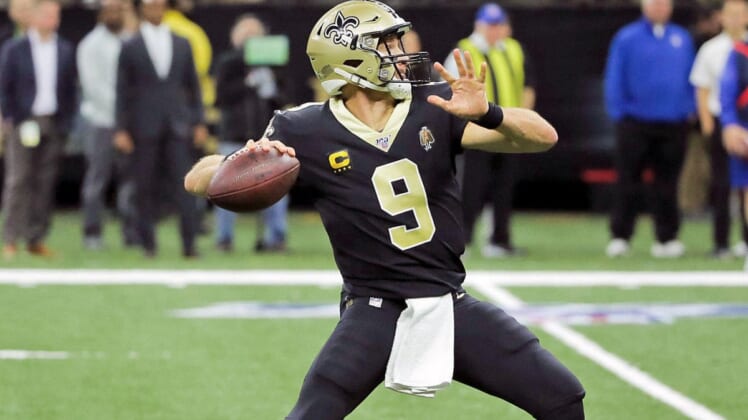 With the NFL’s 2020 game scheduled set for release tonight, reports indicate the Las Vegas Raiders will open their first season in Nevada not at home, but on the road against the Carolina Panthers.

With the futuristic and skyline changing Allegiant Stadium churning toward its July 31st completion date, it will have to wait until Week 2 of the 2020 NFL season to make its national debut as reports early today indicate the Las Vegas Raiders will open up their season cross-country at Carolina.

The team that traveled more in one season than any NFL team in history, will open its 2020 campaign in Charlotte against the NFC’s Panthers. Then, in Week 2, the Las Vegas Raiders play their first-ever game at Allegiant Stadium on Monday Night Football Sept. 21 against Drew Brees and the New Orleans Saints.

Las Vegas Review-Journal Raiders beat writer Vinny Bonsignore broke the story this morning about the first game at Allegiant Stadium. And although it is a national game, it’s not the NFL’s premier national game which is now Sunday night’s Football Night in America game on NBC.

Vic Tafur of The Athletic also posted this morning sources had told him to expect the Raiders to open the season on the east coast against the retooling Carolina Panthers under first-year head coach Matt Rhule. For a team that traveled more than any NFL team in history during the 2019 season, opening the season in the eastern time zone seems a bit odd if it holds.

What is not known is if the NFL season will start on time due to the coronavirus pandemic. When the league unveils the schedule during a special three-hour television special tonight, we could learn more about contingency plans. But it appears the NFL is moving ahead with the assumption the season will start on time. What is also unknown is how they will handle spectators.

The idea of opening games without spectators, like NASCAR is doing next week, is especially of interest in Las Vegas and for Raiders fans who are waiting to see their team’s new home in Allegiant Stadium.

The NFL will announce its season schedule tonight beginning at 5pm PT, but the Raiders will release their schedule an half-hour earlier on Raiders.com