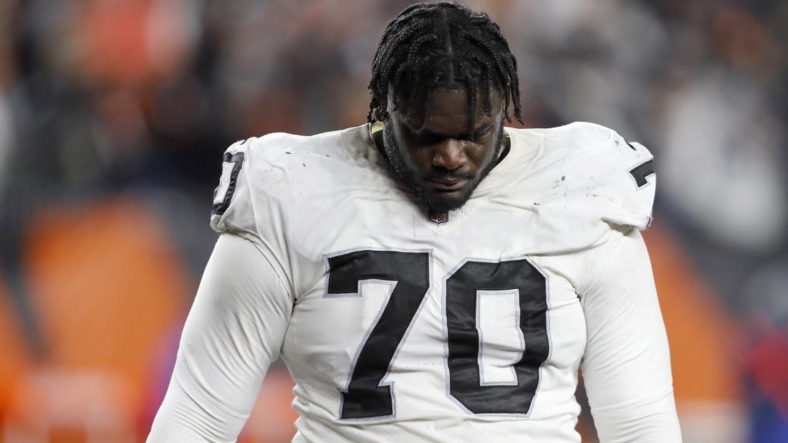 Offensive lineman Alex Leatherwood, the Raiders’ first-round pick in 2021, reportedly will not make the 53-man roster in Las Vegas.

Multiple outlets reported Tuesday that the Raiders attempted to trade the 23-year-old tackle before opting to release him.

Leatherwood was the 17th overall pick out of Alabama and he started all 17 games as a rookie, lining up at right guard.

He is entering the second season of a four-year, $14.4 million rookie deal.