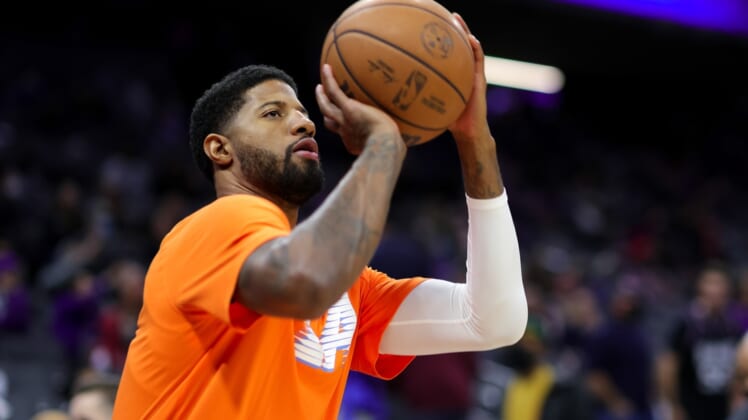 Los Angeles Clippers All-NBA swingman Paul George is making his return Tuesday night against the Utah Jazz after missing three months with an elbow injury, The Athletic and ESPN reported.

George was upgraded to questionable for the game on Monday, however, he was not expected to return against the Jazz, with reports suggesting that it could be later in the week.

George had returned to 5-on-5 practice the past two days and cleared the final hurdles to return, per the reports.

George has not played since Dec. 22 after tearing his ulnar collateral ligament. He first missed four games from Dec. 8-18, returned for two games then hit pause on his season to allow the elbow to rest and recover.

At one point, season-ending surgery was considered.

The Clippers (36-39) are entrenched in the eighth spot in the Western Conference with just seven games remaining.