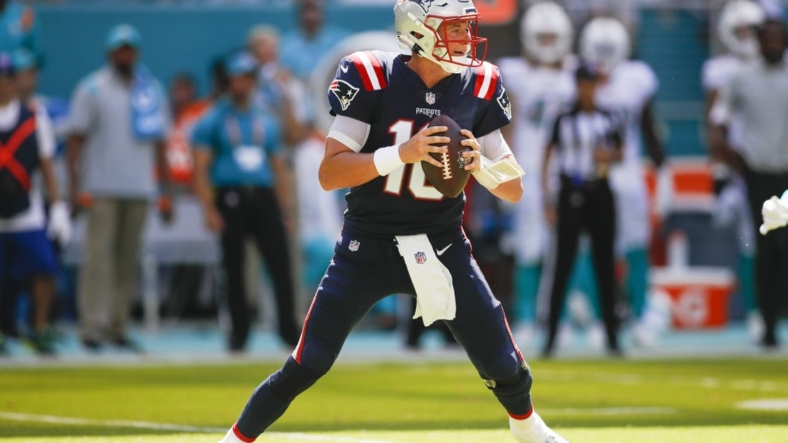 New England Patriots quarterback Mac Jones dealt with back spasms during Sunday’s season-opening loss in Miami and does not have a serious injury, multiple outlets reported Monday.

The team provided the first clue that something could be wrong with Jones when it announced after the game that Jones wouldn’t be available to speak to the media due to a back injury.

However, scans done on his back Monday came back “normal,” ESPN reported.

Jones completed 21 of 30 passes for 213 yards with one touchdown and one interception. He was sacked twice and lost a fumble on one sack that the Dolphins returned for a touchdown.

Jones started all 17 games of his rookie campaign in 2021.