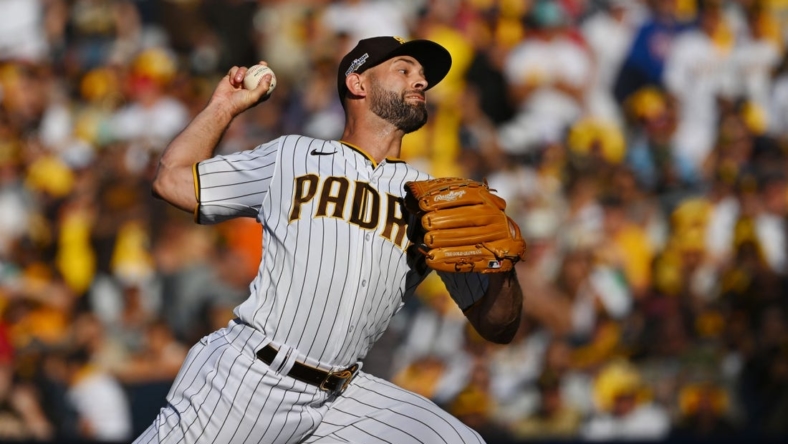 The San Diego Padres are locking up their top arms on the pitching staff this offseason.

The Padres reached a three-year deal worth $26 million to bring back right-hander Nick Martinez, MLB.com and the New York Post reported Wednesday. The deal is pending a physical. With options, the deal could be worth up to $42 million, per MLB.com.

The report comes less than a week after the Padres locked up right-handed relief pitcher Robert Suarez with a five-year contract.

Martinez, 32, opted out of his old deal last week that would have paid him $19.5 million over three years.