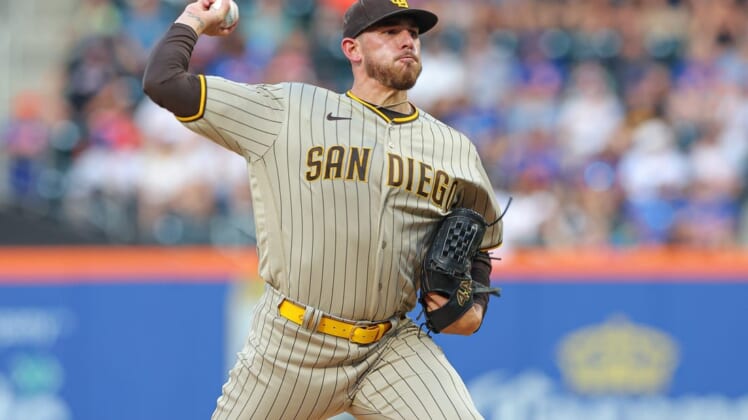 The San Diego Padres and right-hander Joe Musgrove agreed to a five-year extension worth $100 million on Friday, according to multiple reports.

Musgrove, 29, was slated to become an unrestricted free agent following the season. The deal will put him under contract with his hometown Padres through the 2027 season.

Musgrove made the National League All-Star team for the first time this season. He is 8-3 with a 2.63 ERA in 17 starts this season.

Though he is only in his second season with the Padres, Musgrove etched his name into franchise lore last season when he tossed the first no-hitter in team history. It came against the Texas Rangers on April 9, 2021.

Musgrove grew up in the San Diego suburb of El Cajon and was a big-time Padres fan. He stated numerous times during the past 1 1/2 seasons that he wished to remain with the team long-term.

Musgrove is slated to start Saturday night’s home game against the Minnesota Twins.

Musgrove was acquired from the Pittsburgh Pirates following the 2020 season and went 11-9 with a 3.18 ERA in 31 starts and one relief appearance for San Diego last year. He struck out a career-high 203 batters and tossed the first two shutouts of his career.