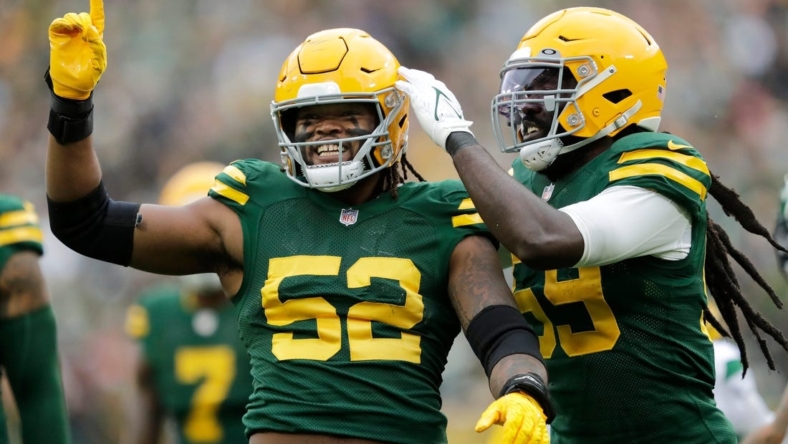 Green Bay Packers pass rusher Rashan Gary suffered a torn ACL and is out for the rest of the season, ESPN and NFL Network reported Monday.

Also, running back Aaron Jones is believed to have suffered a high-ankle sprain in Sunday’s stunning upset loss to the Detroit Lions.

Gary leads the Packers with six sacks on the season. He started every game this season and had 32 tackles, including seven for loss. He also had 12 quarterback hits, a forced fumble and a fumble recovery.

He has 22.5 career sacks in 56 career games (29 starts) in three-plus seasons, all with the Packers.

X-rays on Jones’ ankle were inconclusive, per the reports. He rushed for just 25 yards on nine carries against the Lions. He has 600 yards rushing in nine starts this season, with one touchdown. He’s also caught 32 passes for 210 yards and three TDs.

The Packers, who fell to 3-6 on the season, are also awaiting test results on wide receivers Romeo Doubs and Christian Watson, cornerback Eric Stokes and linebacker Krys Barnes, all injured against the Lions.