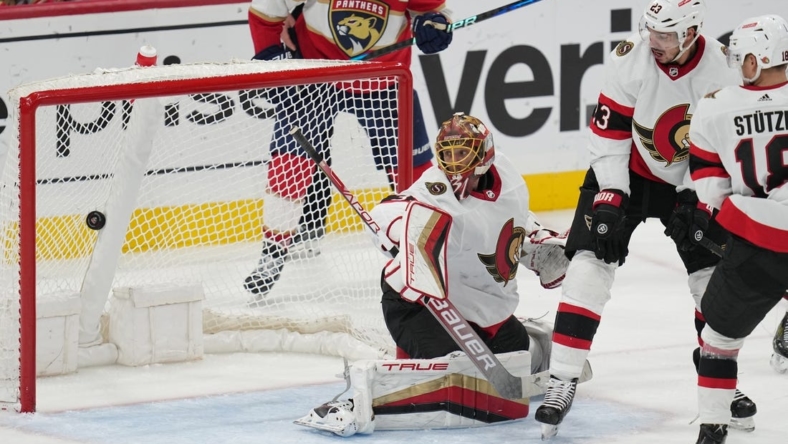 The family of late Ottawa Senators owner Eugene Melnyk is exploring a sale of the team, multiple outlets reported Tuesday.

Sportico reported that the Senators have retained New York-based Galatioto Sports Partners to advise on a potential sale. The investment bank provides lending, advisory, capital raising and other services to pro sports clients.

Melnyk died in March, and his two daughters inherited the team. A three-person board currently is running the Senators, per Sportico.

Sportico valued the Senators at $655 million, up 21 percent in the past year. Melnyk purchased the team in 2003 for $92 million, according to Forbes.

Fenway Sports Group bought the majority interest in the Pittsburgh Penguins for about $900 million last December. The Nashville Predators are in the process of being sold for $775 million to former Tennessee Gov. Bill Haslam, who is set to take controlling ownership of the team by July 2025.

While NHL fans took to social media on Tuesday to encourage a new owner to relocate the team to their hometowns, the Senators are expected to remain in Ottawa. The team signed a memorandum of understanding last June to build a new downtown arena and have about 10 months to execute a lease for the land, the Ottawa Citizen reported.

The newspaper said that with a lease agreement in place, the selling price of the team likely would approach $900 million or more.