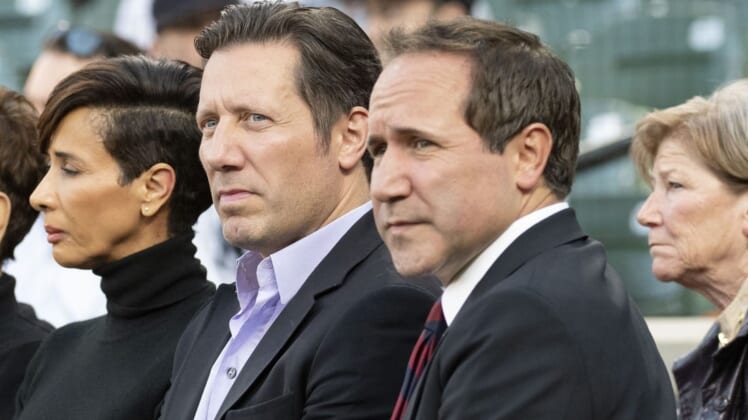 Louis Angelos, son of longtime Baltimore Orioles owner Peter Angelos, is suing his mother, Georgia, and brother, John, over control of the team, according to reports from The Baltimore Banner and Baltimore Sun Thursday.

The elder Angelos, who according to the lawsuit suffered a failure of his aortic valve in 2017, established a trust that appointed his wife and two sons co-trustees.

Brother John P. Angelos has served as the team’s vice president since 2020 when he was designated as the franchise’s “control person,” a title meant to convey decision-making responsibility.

The lawsuit alleges that John has attempted to gain control of the team and that Georgia intends to sell the team, putting the team’s future in Baltimore in doubt.

“John intends to maintain absolute control over the Orioles — to manage, to sell, or, if he chooses, to move to Tennessee (where he has a home and where his wife’s career is headquartered) — without having to answer to anyone,” according to language obtained from the lawsuit by The Baltimore Banner.