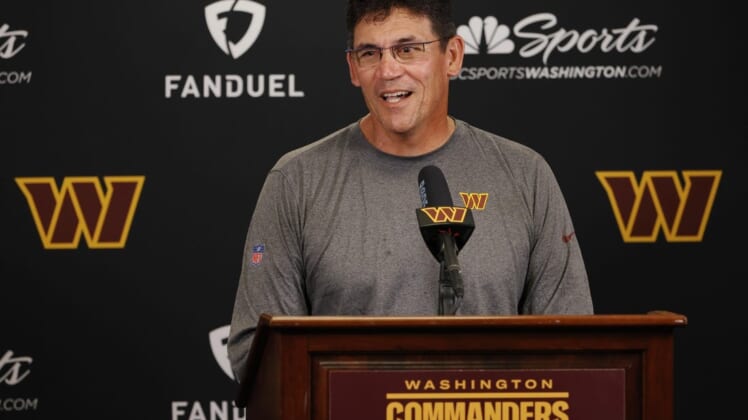 ESPN reported the NFL Players Association reviewed the Commanders’ practice sessions on June 1 and 8 and informed the NFL’s Management Council that the team violated the league’s collective bargaining agreement.

This news comes on the heels of the NFL reportedly pushing back at the Dallas Cowboys for getting too physical in their organized team activities for a second consecutive year.

The league reportedly took away one OTA practice from the Cowboys for 2023, and head coach Mike McCarthy received a fine. ESPN reported that McCarthy was forced to pay $100,000.

Friday’s reports come one week after Commanders fined defensive coordinator Jack Del Rio $100,000 for the comments he posted to Twitter that downplayed the events at the U.S. Capitol on Jan. 6, 2021. The team said the money will be donated to the United States Capitol Police Memorial Fund.