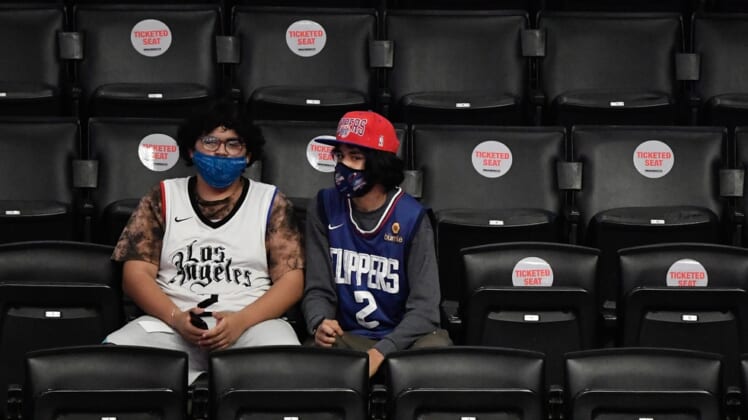 Crushed by a December wave of players being placed in COVID-19 health and safety protocols, the NBA reduced the quarantine time for individuals who test positive from 10 days to six days, multiple outlets reported.

As of Monday, more than 200 players have been placed in COVID-19 protocols, ESPN reported, with nearly all of those coming in December. Six NBA head coaches have also been placed in protocols.

A six-day return still is contingent on COVID-19 testing that shows each individual is no longer infectious through low cycle threshold levels. CT levels are determined by how many times a test has to cycle to determine that a sample is positive for COVID-19.

The NBA will allow players to return after the new quarantine period, but only if they have a CT level of 35.

News of the NBA’s reduction to a six-day quarantine period comes on the same day the United States’ Center for Disease Control and Prevention reduced the quarantine time for all individuals who test positive from 10 days to five days, if asymptomatic.

On Sunday alone, 27 players entered protocols, with the NBA in the process of increasing its testing in the two weeks after Christmas.

The new six-day quarantine period actually starts the day after a player tests positive, essentially keeping them out for a seventh day.

Although the league has been forced to postpone some games, NBA commissioner Adam Silver said this month that the NBA was intent on pushing through the current COVID-19 surge.

“We’ve of course looked at all the options. But frankly, we’re having trouble coming up with what the logic would be behind pausing right now,” Silver said on “NBA Today” on ESPN. “This virus will not be eradicated. And we’re going to have to learn to live with it.”

The NBA reportedly has a 97 percent vaccination rate with more than 65 percent of players having received booster shots. The league is also doing what it can in other areas, determining recently that media and personnel functioning in near proximity of teams will have to receive booster shots by Jan. 5.