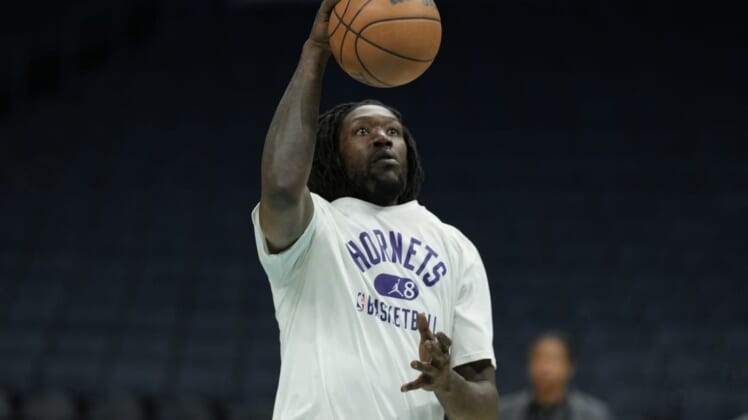 Charlotte Hornets forward Montrezl Harrell could face up to five years in prison and a fine of up to $10,000 as he faces felony drug charges from a traffic stop in Richmond, Ky., last month, according to multiple news reports.

Harrell, who starred in college at Louisville, was pulled over for following another vehicle too closely at about 10 a.m. on May 12. When a Kentucky state trooper said he smelled marijuana from the SUV Harrell was driving, a subsequent search led to the discovery “of three pounds of marijuana in vacuum-sealed bags” in a backpack in the back seat.

Harrell’s arraignment had been set for Monday but was postponed to July 13.

In Harrell’s freshman season at Louisville, the Cardinals won the since-vacated 2013 NCAA championship. In seven NBA seasons with five teams, he has averaged 12.9 points and 5.3 rebounds in just over 21 minutes per game.

He played 46 games for the Washington Wizards this season before being traded to the Hornets for Vernon Carey Jr. and Ish Smith on Feb. 10. He will be an unrestricted free agent this off-season.