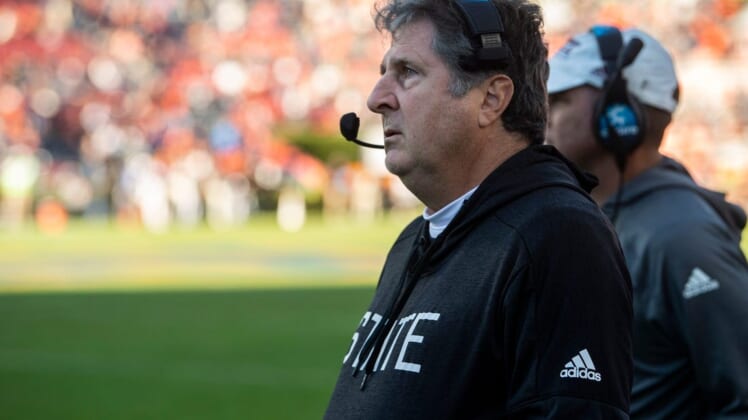 Mississippi State and its head football coach, Mike Leach, agreed to a two-year contract extension on Tuesday according to multiple reports.

The extension reportedly will keep Leach in Starkville, Miss. through the 2025 season and raise his annual salary to $5.5 million.

Leach, 61, is entering his third season at the helm of the Bulldogs. They went 4-7 in his first season — the COVID-shortened 2020 campaign — and 7-6 last season. In both seasons, Mississippi State went to bowl games, winning the Armed Forces Bowl in 2020 and losing the Liberty Bowl in 2021.

Mississippi State is the third stop for Leach as a head coach. He won 84 games — and never had a losing season — in 10 years at Texas Tech. After a few years away from coaching, he was hired at Washington State in 2012 and went 55-47 in eight seasons, guiding the Cougars to a 2-4 record in bowl games.

Leach was an understudy of Hal Mumme and helped popularize his pass-heavy “Air Raid” offensive attack.

Will Rogers returns as the Bulldogs quarterback this season after finishing second in the SEC in passing yards (4,739) and passing touchdowns (36) last year.

Mississippi State opens its 2022 season at home against Memphis on Sept. 3.