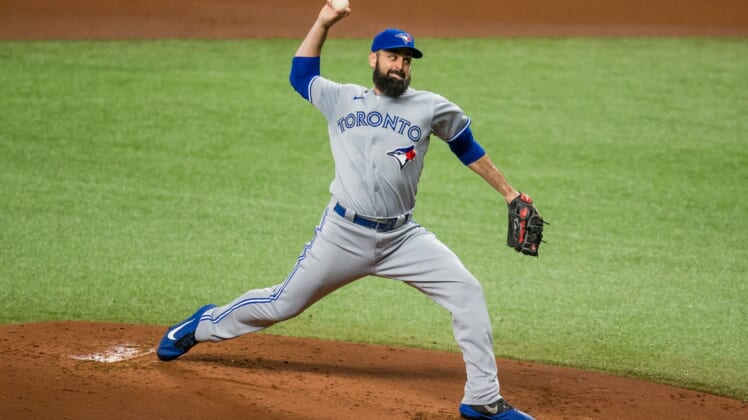 The Minnesota Twins and free-agent right-hander Matt Shoemaker agreed to a one-year, $2 million deal, according to multiple reports on Monday.

Shoemaker, 34, must pass a physical for the deal to become official. He can earn up to $250,000 in performance bonuses, according to the reports.

Shoemaker was 0-1 with a 4.71 ERA last season in six starts with the Toronto Blue Jays.

Shoemaker has been plagued by injuries during his career.

In 2016, he sustained a fractured skull when hit by a line drive off the bat of Seattle’s Kyle Seager and underwent emergency brain surgery. Two seasons later, Shoemaker made just seven starts after suffering a strained forearm in his first start of the season before returning five months later.

In 2019, his first season with the Blue Jays ended after five starts when he tore the ACL in his left knee during a rundown.