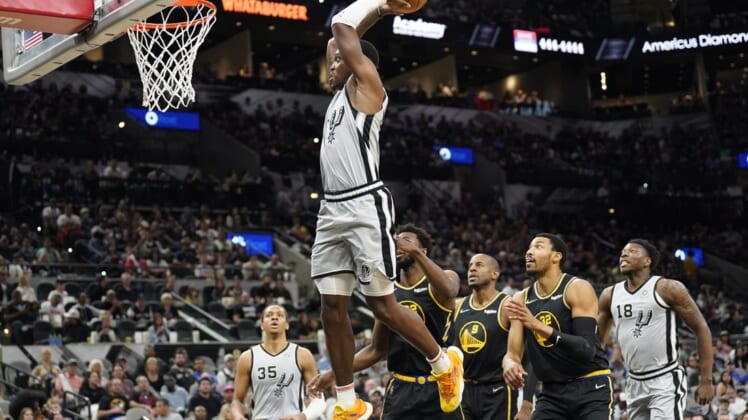 Walker was the Spurs’ first-round pick in the 2018 NBA Draft and played in 208 games for them, starting 56. But the Spurs reportedly pulled Walker’s qualifying offer earlier Thursday, making him an unrestricted free agent.

Brown was the Washington Wizards’ first-round pick (15th overall) in 2018 and was traded to the Chicago Bulls in 2021. He played 66 games for Chicago last season, starting seven, and averaged 4.3 points and 3.1 rebounds per game.